Leading aftermarket manufacturer BM Catalysts has announced the recruitment of a new export sales manager as part of plans to expand its distribution network across Europe and further afield.

The addition follows a period of strong sales for the firm overseas, with export turnover now representing over 60% of the business in 2018.

Commenting on the appointment, BM Catalysts’ commercial director Mark Blinston said: “The arrival of Maksim comes at a time of great momentum at BM Catalysts. This year we’ve seen significant growth in our export business and we expect this to continue.

“Joining just ahead of Automechanika Frankfurt, Maksim’s experience working in international markets across the world, particularly the CIS region, will be invaluable as we look to develop our distribution network further.”

Attention now turns to the world’s leading automotive trade fair, Automechanika Frankfurt, for BM Catalysts. The firm will be showcasing the extensive improvements it has made to its 2018 summer catalogue, including display imagery of its entire fitting kit range, from Hall 3.0, E30. 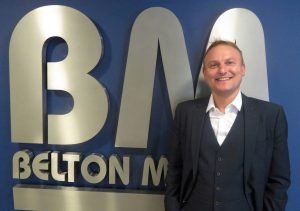