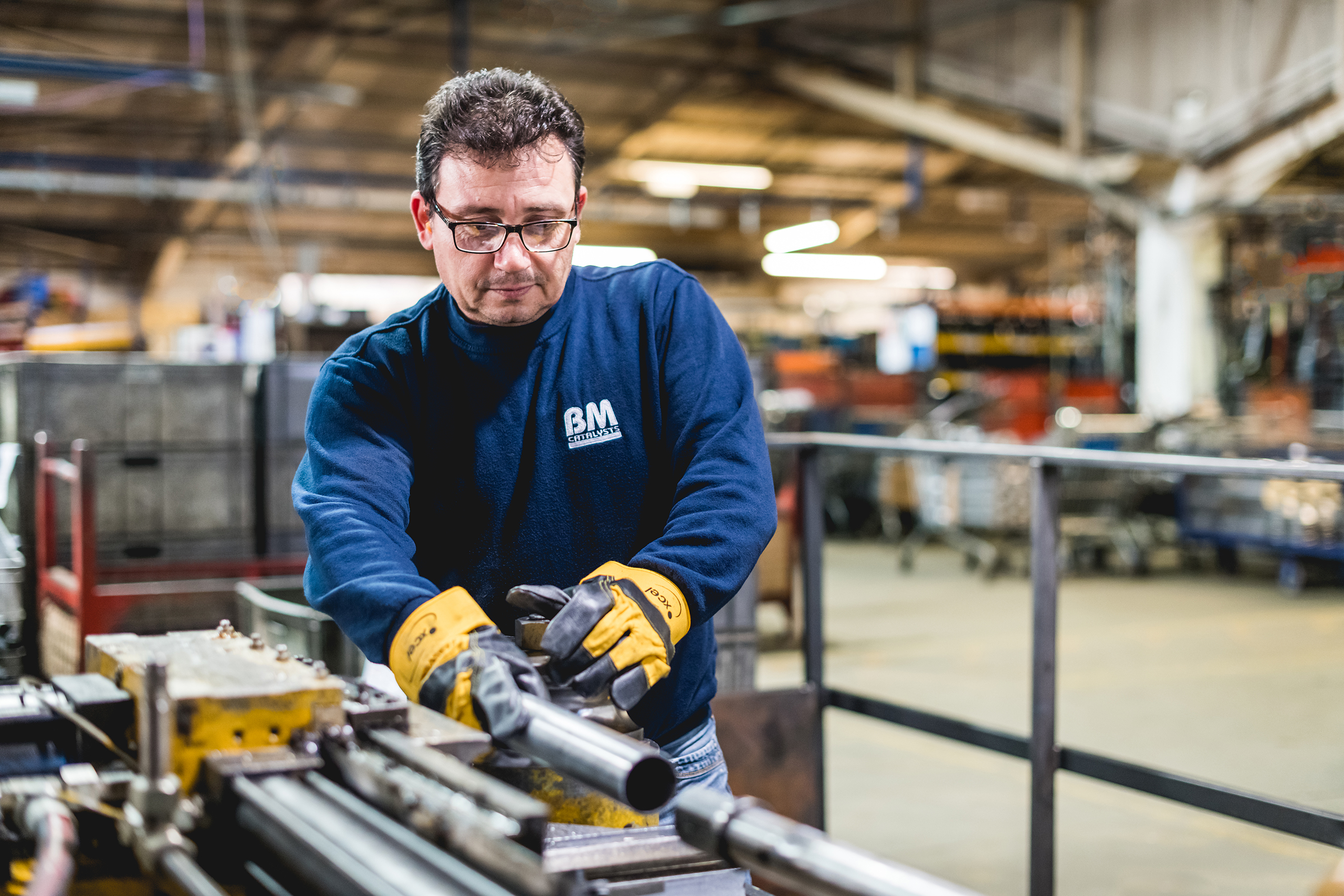 BM Catalysts, UK manufacturer and exporter of catalytic converters, DPFs and front pipes, is no stranger to adapting rapidly to meet the ever-changing industry, consumer demand and diverse vehicle car parc. The firm believes that reacting sooner rather than later can offer more opportunities to forward-thinking aftermarket companies.

Ahead of Brexit on 1st January 2021, BM Catalysts launched an online Brexit resource to offer advice and guidance on the new rules. The company says any problems encountered as a result of Brexit will be “short term” and it can already see improvements in trade supply routes.

The brand also reverted to a short-term buying strategy of volatile raw materials like rhodium and palladium to remain competitive as the prices of precious metals remain unsettled. By reacting quickly to both Brexit and fluctuating precious metal prices, BM Catalysts has been able to create efficient processes and strategies to stay ahead of the game.

With the company investing considerable time and resources into preparing for Brexit, it has ensured that the necessary infrastructure is in place to help facilitate supply of its products as seamlessly as possible to customers in over 35 countries worldwide, despite the challenges.

From its UK manufacturing base, customers also continue to receive dedicated sales and technical support, alongside marketing support to help develop and grow sales of BM Catalysts’ ever-increasing product offering.

BM Catalysts has been working closely with logistics partners on new systems and additional paperwork for customs and border controls. Nearly all BM Catalysts catalogued part numbers meet the standard required to claim UK origin, meaning they are not subject to tariffs under the Free Trade Agreement between the UK and EU.

Mark Blinston, BM Catalysts Commercial Director, explains: “It’s been taking a little longer than usual for overseas customers to receive their orders as a result of changes to customs procedures and clearance, but we’re seeing this time shorten every day.

“From when the order is placed to the point of dispatch, lead times from our end remain the same and we’re fulfilling 100 percent of all orders thanks to our high availability of products.”

“We’re confident in our process,” adds Blinston. “It’s not the first time we’ve had to navigate through difficult times with changing legislation and we thrive in these situations, putting in place solutions to help ensure the best possible working partnerships for our customers.”

Raw materials used in the manufacturing of catalytic converters continue to fluctuate rapidly, prompting BM Catalysts to revert to a short-term buying strategy of precious metals to remain competitive and ensure that when the commodity prices reduce, these savings can be passed on to the marketplace quicker.

Over the past two years, precious metal prices have increased significantly. Rhodium, used in the manufacture of catalytic converters, is one of the most expensive precious metals. It’s also one of the rarest elements on Earth and arguably one of the most volatile pricewise, having begun 2020 with a value of just over £4,000 per t oz before increasing a huge 210% over the following 12 months. At the time of writing, it remains volatile with sudden rises now common, with the price having increased by 60% since the start of December alone. It is now trading at well over £20,000 per t oz.

The main use for rhodium is in catalytic converters that are designed to clean vehicle emissions. Rhodium, amongst other precious metals including palladium and platinum, act as the trigger for the chemical reaction which starts to break down harmful exhaust gases.

The global drive to improve air quality, particularly in areas like China and Europe, has seen demand surge for rhodium and palladium. Furthermore, the move from diesel to petrol trend puts additional pressures on rhodium supply which is not used in diesel applications.

This tightness of supply is another contributing factor to its sky-high price. More than four out of every five ounces of rhodium are mined in South Africa, extracted in minuscule quantities alongside more abundant metals such as platinum, palladium and gold.

According to a ‘market spotlight’ by Heraeus Precious Metals on 1 February 2021, while rhodium availability looks set to improve, “A fundamentally imbalanced market will keep prices at historically high levels.” The report also pointed to the lengthy refining process of rhodium as an indicator of prices remaining high as demand still exceeds supply.”

London Police are reporting a 50 percent increase in the theft of catalytic converters compared to the same time in 2019, as precious metal values continue to soar.

Motor insurer, Admiral, says it received 400 claims in one month alone in 2020 for damage caused to vehicles from the theft of catalytic converters. It also says that thieves are focusing on hybrid cars as the catalytic converters found on these vehicles contain a higher concentration of precious metals and are generally less corroded.

Police in Kent are “relentlessly pursuing” thieves after seeing an increase in catalytic converter crime in the area. Criminals are able to steal the catalytic converters in under a minute and are carrying out the offence in broad daylight.

This flurry of crime in Kent has led to the local police offering garages in the area permanent security-marking kits for technicians to mark the catalytic converters on cars when they are brought in for a service. That way if the part is stolen, it will be harder for the thieves to sell on, and easier for police to locate, identify and return to the owners if it’s recovered.

In 2008, rhodium touched £5,560 per t oz as the global financial crisis hit, which then saw the metal price crash by 90% just weeks later. This was an artificially high price and is unlike the price rises we see in the market today. The current price of rhodium has never been seen before and with that brings the risk it could crash again like in 2008. With so much uncertainty over the future of the price of this rare metal, 2021 could be another volatile year with either regular price increases or a sudden drop. BM Catalysts’ short term buying strategy helps ensure prices remain competitive if precious metal prices drop significantly.

Although the automotive sector is the primary consumer of these precious metals, demand, and therefore cost influences, also come from buyers such as jewellery makers and commodity investors.

An increased cost of the precious metals used in the making of catalytic converters has to be reflected in their sale price – it’s unavoidable. The price of the precious metals used can be up to 90% of the overall cost of producing a catalytic converter, underlining the fact that the price of parts is dictated almost entirely by the market performance of these metals.

Ongoing education and insight are key, and therefore it is important to offer support and continually listen to partners and the wider aftermarket.

By working collaboratively BM Catalysts is able to identify trends and potential issues and adapt accordingly to stay one step ahead.