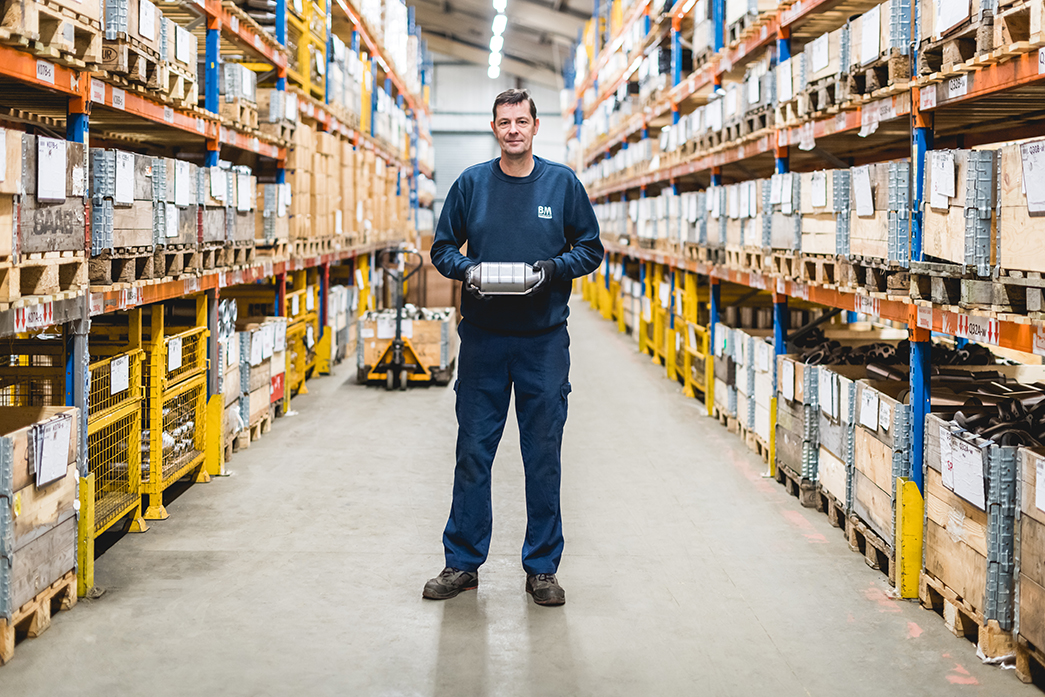 BM Catalysts has announced it is opening a new 20,000sq. ft. UK-based warehouse to accommodate growing product demand. With an additional £750k investment in new machinery, alongside a strong increase in sales, the move reiterates the firm’s unwavering commitment to British manufacturing in times of Brexit uncertainty.

Despite uncertain times for many businesses in the UK, BM Catalysts has continued to expand its operations at home and abroad, with sales in both Germany and France – its two biggest export markets – growing by over ten per cent in 2018. Its new £750k investment, which includes two additional state-of-the-art CNC bending machines, automated welding machinery and a further CNC lathe, will allow the firm to further increase its in-house production of components, which are shipped to over 35 countries worldwide. The news comes at a time when the company has also announced the release of 57 new to range part numbers which cover over 8.4m vehicles across Europe and further afield.

Commenting on the business expansion, BM Catalysts’ commercial director Mark Blinston said: “We’re proud to have invested in new warehouse space, which allows us to significantly ramp up our production levels in the UK. We’ve had a huge increase in demand for our parts, particularly in the export sector, which has seen a sharp increase since last summer. In France for example, our second half-year sales grew by 35 per cent compared to the same period in the previous year, while our high-quality DPFs, catalytic converters and front pipes are now hugely popular in developing markets in Eastern Europe and further afield. While the effects of Brexit may be causing some uncertainty for UK-based firms, we are committed to retaining our production presence in the country, with further investments planned in the near future.”

BM Catalysts’ parts are renowned for their quality, ease-of-fitment and fast delivery times. As Europe’s largest independent manufacturer of high quality DPFs, catalytic converters and front pipes, the firm is recognised as a forefront leader in the aftermarket industry, with over 300 new parts developed yearly and industry-leading availability on over 40,000 parts.